Organisers of Baltic Chain Tour met in Riga, Latvia and agreed on extending next year’s tour to eight days. Also, It’s clear that one or two stages will be raced in Finland. So far Baltic states joint cycling tour has been arranged as five-day tour in three countries. As Finland joining is certain, there is a chance that Sweden also helds one stage. Due to superb ferry connection between organising countries it is possible to arrange the cycling tour in five different countries. Estonia’s stages main organiser Allar Tõnissaar: “Longer tour is not going to be easy one, but we are very glad that Finland is joining and perhaps Sweden too. All should be clear before seasonal holidays.” 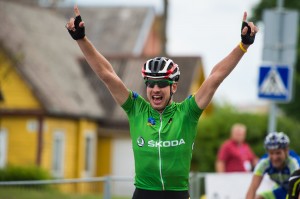 Finland was one of five countries that had its national team competing in Baltic Chain Tour this year. In next August they have a chance to race one or two stages also at home. “It’s been a long time since the last time the UCI competition was held in Finland. Therefore, we wish Baltic Chain Tour 2013 a particularly warm welcome to compete on the routes around the city of Lahti. Nordic Ski World Championships will be held in Lahti 2017. Lahti is a ski town, but it is also a cycling city. Lahti occupies an ideal logistic location in the center of Southern Finland, only 50 minutes from Helsinki,” said Finnish stages main organiser Esko Lummelampi.