The last stage of the four-day Baltic Chain Tour on the route Kuremaa – Tallinn (200 km) ended with the victory of Martin Laas. In the overall score, the Estonian National Team even secured a double victory, thanks to the bonus seconds, Laas came second after Rait Ärm. 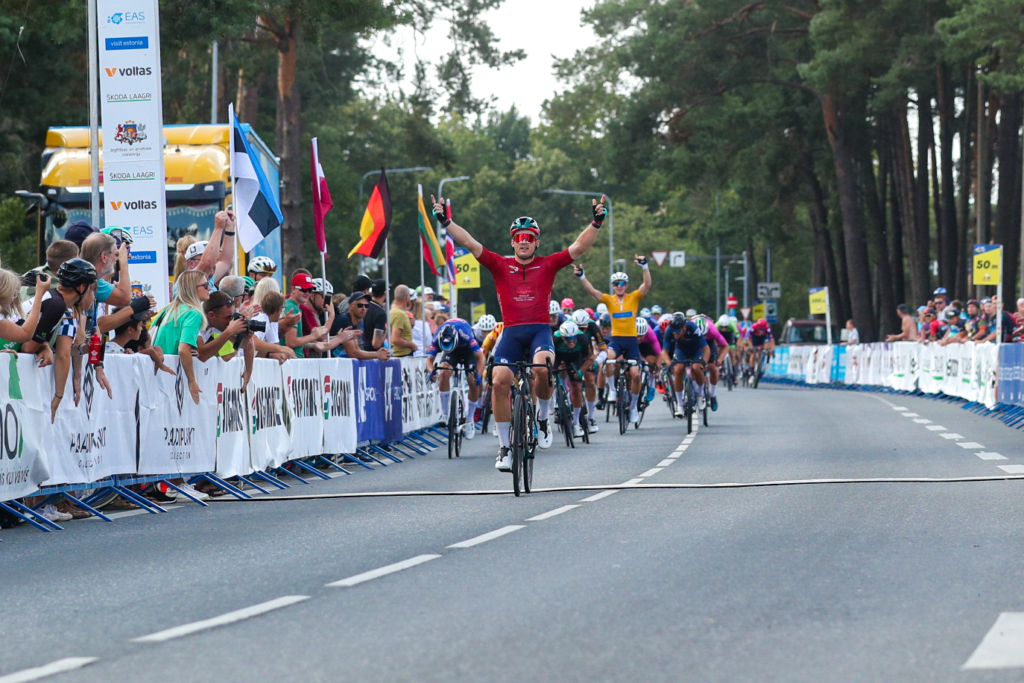 The longest stage of the bike tour was mostly with backwind. The speeds were immediately cranked up, and the race average speed was 46.5 km/h.
For a long time, a group of 6 breakaway riders rode in front, which included Peloton team rider Ken Post from Estonia. The best-known breakaway rider was Domenic Weinstein, a member of the German National Team, who twice won silver in the 4 km individual pursuit at the Track World Championships. This in 2016 and 2019, with final races against Ineos-Grenadiers superstar Filippo Ganna.

Considering the state of the velotour and the nature of the ride, it could be expected that the breakaway would not last to the finish line today, and that’s how it turned out. However, they were ahead until the Pirita-Kose-Kloostrimetsa circut laps, taking the first places in all three intermediate sprints. Finland’s Jesper Lindahl from elite club CCN Factory Racing Georgia won on Emumäe and Raasiku, and Sweden’s Edvin Lovidius (Svealand Cycling) won in Tallinn.
About 10 km before the end, Lovidius was caught as the last breakaway rider, and it was clear that there would be a group finish. Siim Kiskonen, Mihkel Räim and Norman Vahtra made a perfect preparation for Martin Laas, the front sprinter of the Estonian national team, for the last corner and there was no doubt about the winner. Second stage win for Laas in three days. The German Henri Uhlig (Alpecin-Deceuninck Development Team) crossed the line in second and the Dutchman Lars Rouffaer (Allinq Continental) in third.

However, Rait Ärm, who rode in the leader’s jersey for three days, was able to celebrate the overall victory of the first UCI level stage race, beating Laas, who earned 10 bonus seconds with the stage win, by just one second. German Mika Heming (ATT Investments) was third with a time gap of 7 seconds.
Ärm was also the best young or U23 age group rider, Laas took the most competitive rider jersey and Slovakian Matuš Štocek (ATT Investments) the most active rider jersey. Best overall team was Estonian National Team. 88 riders finished the tour.

Detailed results can be found on our website or at timing.ee.