Baltic Chain Tour started with the victory of the Swedes

Linus Kvist, a representative of the Swedish National Team, won the 164.8 km opening stage of the Baltic Chain cycling tour, which started on the 30th anniversary of the re-independence of the Republic of Estonia. Norman Vahtra was the fourth and with it the best Estonian rider. 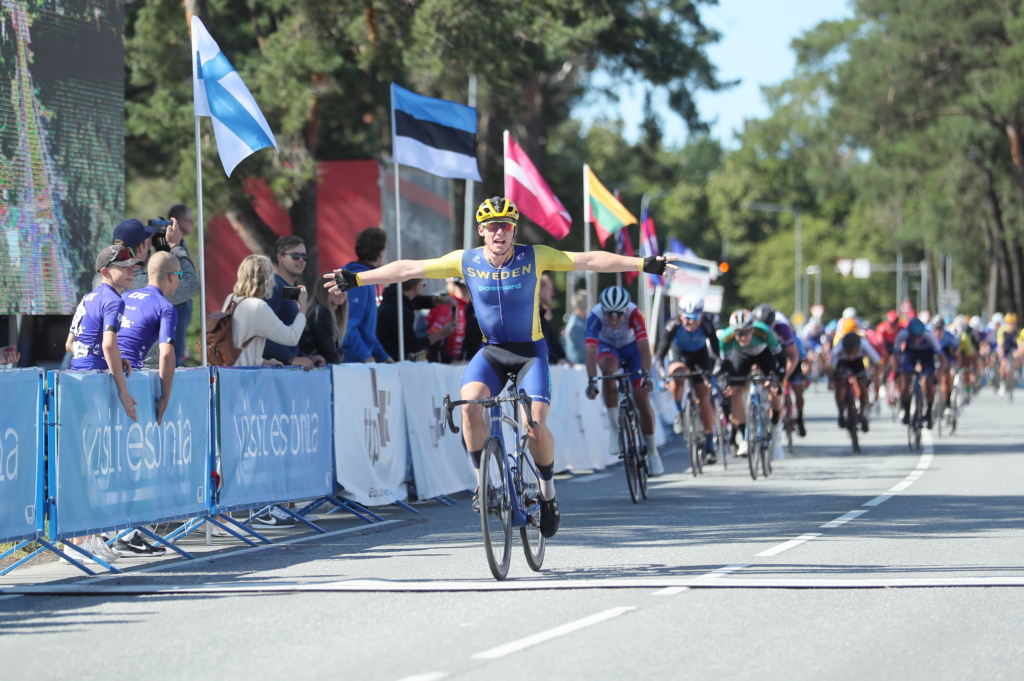 The stage started and ended in Tallinn, in the neighborhood of Pirita velodrome. 111 riders from 19 teams on the starting line. Five pro teams, five national teams and nine elite amateur teams.

Analysing stage 1 profile, a group finish could be expected, and so it went. Of course, there was plenty to escape from the peloton, but the main group kept everything in check. No larger group was allowed further than 300-400 meters. It was only until race returned back to Tallinn that Andz Flaksis managed to escape with solo ride and try to catch stage win. Latvian drove 27 kilometers alone ahead, winning last intermediate sprint in process, but it was matter of time when he would be caught.

Four kilometers before the end, the Latvian was back in peloton and the position fight started to the finish. The decisive factor was the bend 250 meters before the finish line, where a situation in which the group was in danger of falling arose and who escaped cleanly was on his way to a high place.

Linus Kvist, a 22-year-old Swede, triumphed at the finish line clearly, beating New Zealander Laurence Pithie (Groupama-FDJ Continental) and Antti-Jussi Juntunen (Ampler Development Team). Norman Vahtra, a member of the Estonian team, was fourth. “At the finish, we decided to bet on Norman, who won one intermediate finish during the stage. Unfortunately, there was a good mess in the last corner and it determined the winner. We didn’t have much luck, “commented Toomas Kirsipuu, the sports director of the Estonian team.

Kvist, who won the stage, also became the leader of the tour, he is also the best young rider and the best in points classification. Norman Vahtra received the green shirt of the most active rider.

Tomorrow, the 2nd stage of the cycling tour with a length of 159 km will be run in Tartu County, on the route Ülenurme – Lange Motokeskus. The festive start in Ülenurme will be given at 2 p.m.

The Baltic Chain  Tour was revived in 2011. Since 2012, the multi-day race has been part of the UCI calendar. Dutchman Mathieu van der Poel who wore a yellow shirt for several days at 2021 Tour de France won the Baltic Chain Tour in 2014.

The Baltic Chain cycling tour helps to keep alive the need to remember a significant political event – the 1989 Baltic Chain. Over the years, more than 700 foreigners from all over the world have competed in the cycling tour, who, thanks to participating in the tour, have received the primary indication of the recent history of the Baltic States.