Current political situation and immigrants crisis in Lithuania and Latvia are stopping Belarussian teams from starting in Baltic Chain Tour. The pressure to make that decision came to the teams nationally. 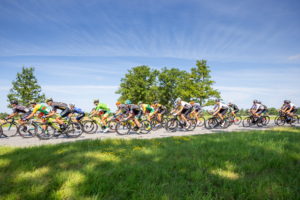 After the revival of the Baltic Chain cycling tour back in 2011, similar tensions have not been in the air before. Belarusian teams have often participated in multi-day rides, including as a national team, but today this is no longer a matter of natural course.

“It is unfortunate that the athletes have been left in a whirlwind of political drafts,” says Allar Tõnissaar, the chief organizer of the cycling tour. “We are all aware of the daily news and we know what is happening in the direction of Belarus-Lithuania and Belarus-Latvia. I would like to save sports and athletes from the effects of political events, but that seems impossible. Very deja vu feeling, just like last year. During the week, the number of teams taking part of the tour changed from 29 to 19.

In addition to political problems, the number of teams taking part of the tour was cut by the visa bureaucracy and the ever-changing COVID19 restrictions within the various countries. Nobody gave up taking part lightly, but if there are athletes from different continents in the team, then overcoming today’s paperwork can be too complicated” says Tõnissaar.

The UCI 2.2 category stage race starts on Friday, August 20 from Tallinn and culminates on Sunday, August 22 in Valga. More than 500 kilometers are covered in three days.

More information about tour and stages can be found here on out website under Program link.