The Dane Tobias Aagaard Hansen, a rider from the Uno-X Dare Development team, won the Tartu – Antsla – Valga (186 km) stage 3 of the Baltic Chain Tour held on August 20, the day of Estonia’s re-independence. The leader’s shirt continues to belong to Rait Ärm and the Estonian national team. 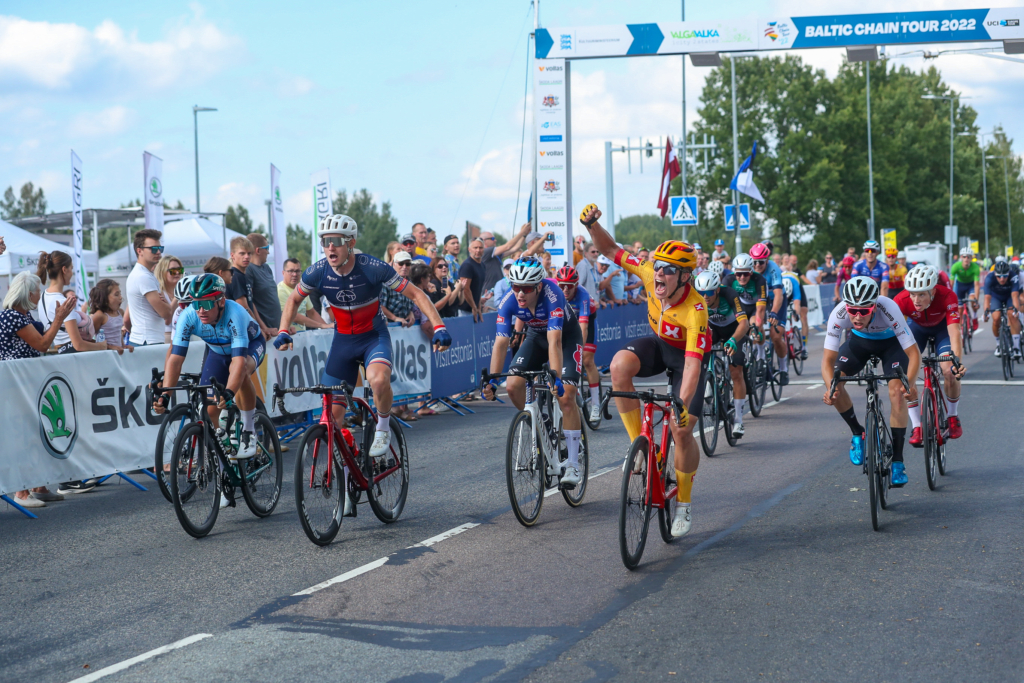 Similar to the previous stages, the peloton of the race was very active from the beginning, and before the first intermediate finish at the 43rd kilometer in Ahja, there was a group of four breakaway riders in front of whom two men were ahead of them – member of the Latvian national team, winner of the 2016 Baltic Chain Tourour, Maris Bogdanovics, and representative of the German national team, in 2014 Leon Rohde won silver in the team pursuit of the 2016 European Track Championships.
Breakaway did not go very far, as from time to time there were crosswinds, and especially on the initiative of the Lithuanians, the momentum was properly picked up. The maximum distance between the runners was 3.30.
The first intermediate sprint was won by Rohde, the second intermediate sprint in Urvaste by M.Bogdanovics and the third intermediate sprint already in the city of Valga by yesterday’s stage winner Martin Laas. By that moment, the runners had been caught, 18 kilometers to go in form of two city circles, remained to the end.

A difficult city circuit with two climbs, one of them a cobblestone climb with loose gravel, broke the large group into a significantly smaller one, 42 men remained in main bunch. Yesterday’s fourth, Dane Tobias Aagaard Hansen, barely managed to stay ahead in a very equal final battle. The second was Martin Laas from the Estonian national team and the third Czech Tomaš Barta (ATT Investments).
Rait Ärm, the winner of the opening stage, retained the leading position in the general classification, whose advantage over the German Mika Heming (ATT Investments) is still 7 seconds. A significant increase was made by Laas, who rose to fifth with the support of bonus seconds. 11 seconds ahead of Ärm.

Detailed results can be found on our website under Results or at timing.ee.

Tomorrow, the tour culminates with the Kuremaa – Tallinn stage. The finish line is near the Pirita Sport Center on Rummu road. At the same time, the last stage of the TTP Youth Tour and Lauri Aus GP in memory of early lost Lauri Aus will be held. A lot of activities throughout the day.