The Estonian national team enjoyed the victory on the 156 km long opening stage of the Baltic Chain Tour, which started in Panevežys, Lithuania. The first to cross the finish line was Rait Ärm, who also became the leader of the tour. 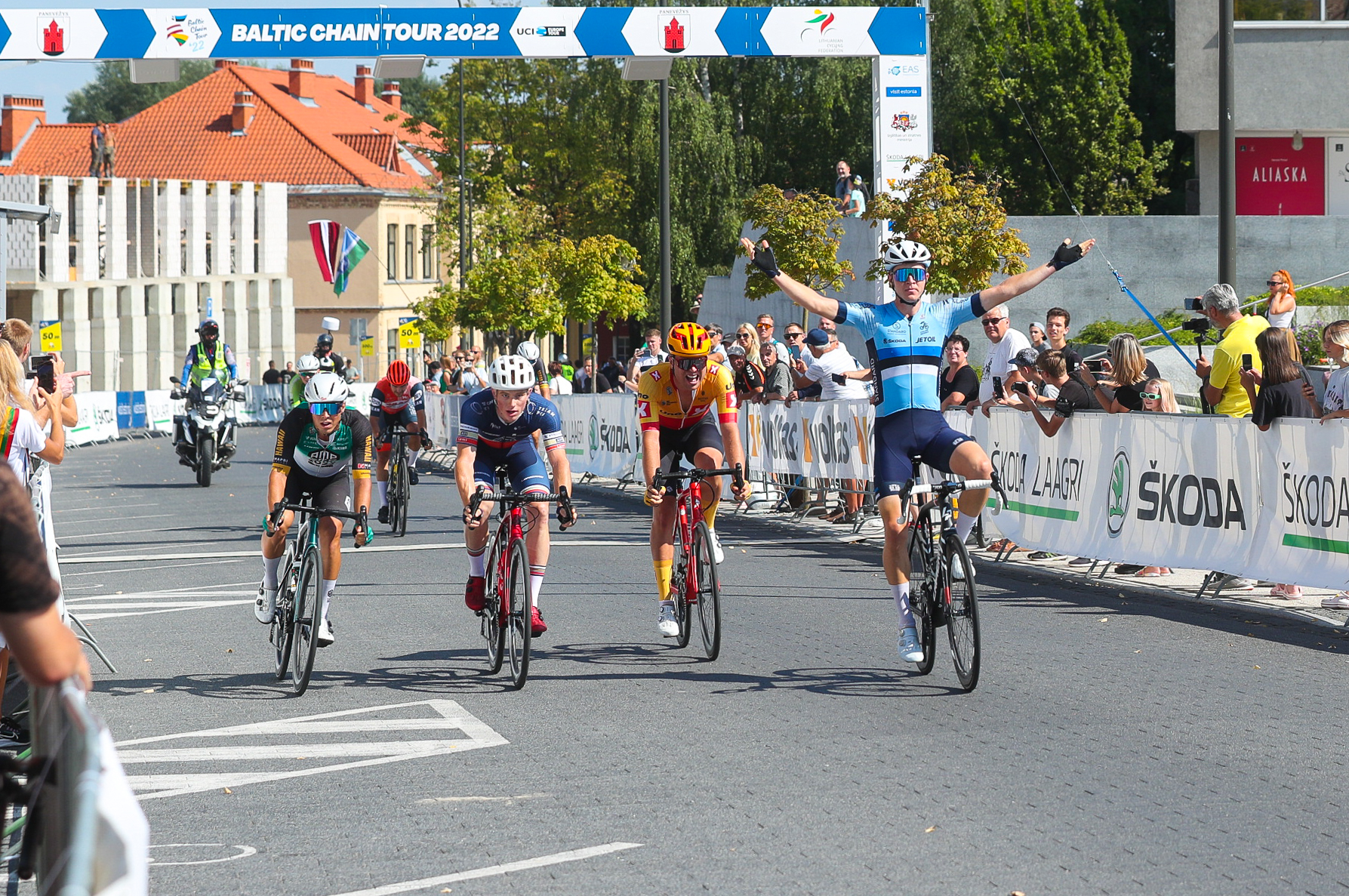 The stage, run in almost 30 degree heat, was very active from the start and at high speeds. The wind was not too strong, but it was blowing from the side at times, which contributed to the emergence of a large group of breakaway riders after the first intermediate finish, which was won by the Dutchman Sam Gademan (Allinq Continental). 21 riders made it to the front, about 37 kilometers had been ridden by that moment.
The Estonian national team and the Lithuanian professional club Kaunas Cycling Team were both presented with three riders in the break.

The attacks for the stage victory began after the last intermediate finish, with a little less than 40 kilometers to go. As a result of repeated attacks, the group of runners split into three, and seven men remained ahead. The Estonian professional team Ampler-Tartu2024 with two members was the only one that could fit there, but they couldn’t shape up for the victory. Rait Ärm was the fastest in the slightly uphill finish on the city streets of Panevežys, followed by the German Mika Heming from the Czech pro team ATT Investments and the Norwegian Oskar Myrestol Johansson (Uno-X Dare Development Team).
The finishing time of the first is 3:17.34, which makes the average speed of the stage 47.5 km/h.
Among the Baltic men, Pauls Rubenis was fourth, Mantas Januškevicius fifth, Alekss Krasts seventh, Gert Kivistik eighth, Venantas Lašinis ninth, Martin Laas 12th and Mihkel Räim 13th. The main group reached the finish line 11 minutes later.

Detailed results can be found on the Baltic Chain Tour website balticchaintour.com or at timing.ee.

Tomorrow’s second stage will be run in Latvia on the route Jelgava-Sigulda. The stage is 147 kilometers long, the start is given at 12 o’clock.

All stages of the tour can be seen live on our website, FB page, YouTube channel or Delfi.ee portal.