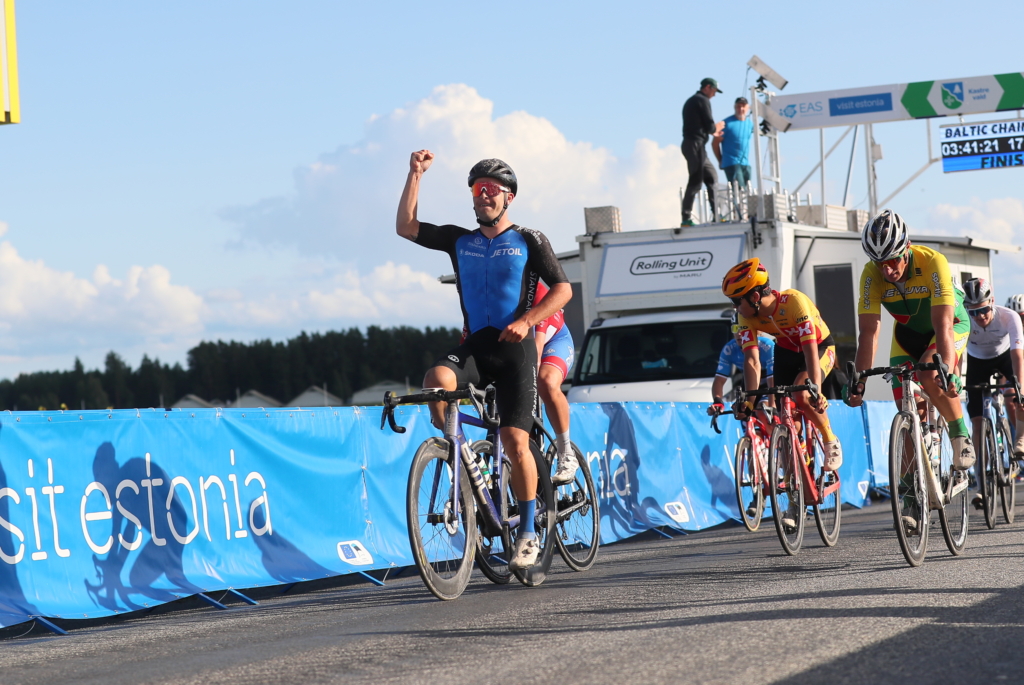 The decisive events of the stage took place during the first crossing of the gravel section, on the roads of Tartu County, around 50-60 kilometers when 32-men got away from main peloton. Both the Swedish and Estonian teams suffered a painful setback.
No one escaped from the Sweden National Team – Linus Kvist, who wore a yellow leader’s shirt, also fell out of the big game. In the Estonian team, the misfortune struck Norman Vahtra whose bike broke the rear tire and so he fell into the very last group.
As all the stronger teams where represented in the front group no riders came back to that group today. Who was front stayed there and who was back, stayed back. It was like that today.

As leader group was second time on the gravel section no events happened. It was only 30km to finish from there. There were a lot of attacks but no rider was allowed to go away. Finally group setteled and got ready for bunch sprint finish. Slightly uphill finish worked in advantage for Karl Patrick Lauk and he took convincing win infront Laurence Pithie from Groupama-FDJ Continental and Evaldas Šiskevicius from Lithuanian National Team.

General classification leader is now Pithie. He also leades in best young rider and in most compeditive rider classification jerseys. He has only 1 second lead over Karl Patrick Lauk. From Ampler Development Team rider Antti-Jussi Juntunen is on third place just seven seconds behind first two.

Mihkel Räim, todays 6. place winner also took one intermediate sprint win and that was enought to get him most active rider jersey.

Stage 3 of the Baltic Chain Tour is 166km long and runs mostly in Latvia. Only start and finish is in Valga town. Start is at 11:00.